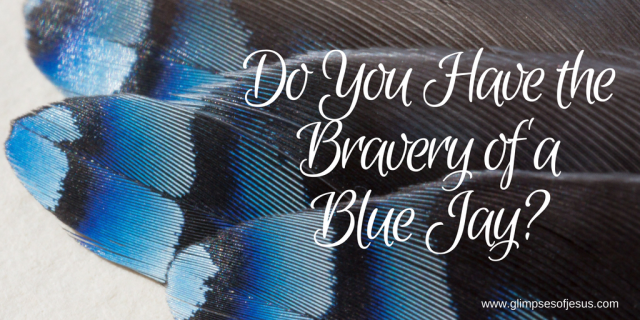 Earlier this week, I was walking full tilt down the sidewalk on one of my morning prayer walks, not paying too much attention to my surroundings. I happened to glance up, and saw, not three yards in front of me, a large snake as thick as my wrist stretched out across the sidewalk, perfectly still. Normally I love snakes–my brother always had one around when I was growing up–but this one had a head shaped too much like a diamond for my liking. I’ve heard several tales of copperheads in our neighborhood, and although I didn’t exactly know what a copperhead looked like, I wasn’t going to take any chances, so I walked out in the street. Snakes fascinate me, though, so I lingered, watching.

Soon I noticed two blue jays in the lower branches of the tree next to the snake. They were hopping towards it from their place of safety, making small threatening sounds. As I waited, I saw one of them screech at the snake and swoop down towards it, landing directly in front of it, face to face. The jay held out its wings and hopped towards it, the snake not moving a muscle. 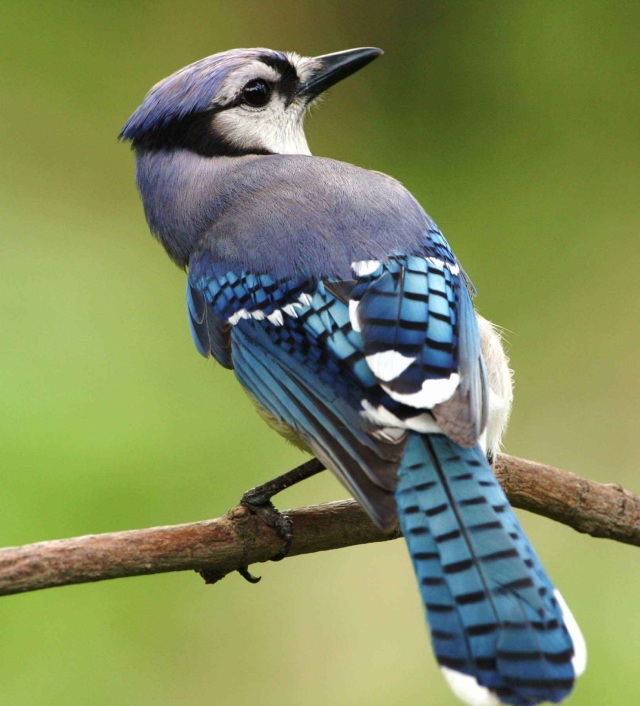 The snake wasn’t coiled, but it was still far large enough to take on the blue jay, and it was near enough to have struck. That blue jay was braver than I was to venture that close to the likely venomous snake.

I noticed a brilliant hummingbird flitting several yards back near some flowers. If it had taken it into its tiny mind to speed over towards the road, it wouldn’t have come anywhere close to the danger below because although the snake was camouflaged, silent, and still as a fallen branch, the bright, strident blue jay would have scared him away.

I had heard it said before: blue jays will warn you of snakes.

As I continued to watch the nature show, another walker came by, scaring the jays back in their tree, and making me feel silly for continuing to stand there in the middle of our tree-lined lane. After pointing out the danger, I turned and walked down to the end of the street. When I returned a few minutes later, I was unsettled to find no sign of the large, brown snake or either of the blue jays. I had no idea where it might be lurking without the bright blue feathers of the jays to draw attention to it.

Of course, the snake has been a metaphor for Satan and evil from the time of the garden of Eden when the Serpent tempted Adam and Eve to take that first bite in disobedience to God. What if one of the blue jays at that time had started in on a warning cry? If the snake was talking like a man, maybe the jay would have, too. I can imagine one hopping about, wings flared, screeching, “Don’t do it! Don’t listen to this slithery creature! He just wants to take you down!”

I started thinking, what if we were blue jays for our close friends and family? Haven’t you ever noticed the snake in the grass that your friend doesn’t even seem to see at all? In fact, isn’t it often easier to see dangers when we’re not in the midst of them ourselves? We don’t have to be as strident as a blue jay would be, but what if we quickly and lovingly warned them of the venom about to be sunk into their ankle?

I have had times when I have thought to myself,

Can’t she see, worrying about that isn’t going to help the situation? All that worry is only going to harm her health!

I’m afraid all her busyness is going to take a toll on her marriage. The two of them never have time for each other anymore.

I wish he wouldn’t worry so much about what other people think of him–it’s leading him down the wrong path. He needs to worry most of all what God thinks of him.

I often say nothing because I don’t want to come across as sounding judgmental, but is it judgmental for the blue jay to set off a warning for a venomous snake? Shouldn’t we be warning the unsuspecting hummingbirds in our lives for their protection?

What holds me back? Really, it’s fear–not so much of the snake, but of the hummingbird–what my friend or family member might think of me. Maybe I’ll start a controversy. Maybe the person won’t understand my intent and be offended, hurt, or angry at me.

I do believe that any words spoken need to be preceded with much prayer and thought of how to bring up the problem with delicacy and love so our words will be taken to heart and so we won’t bring unnecessary pain. After all, “If possible, so far as it depends on you, be at peace with all men” (Rom. 12:18) and we are to be “with all humility and gentleness, with patience, showing tolerance for one another in love, being diligent to preserve the unity of the Spirit in the bond of peace” (Eph. 4:2-3). However, not many verses later we find we are indeed to be “speaking the truth in love” (Eph. 4:15), love being the key. Didn’t the writers of the New Testament warn fellow believers of spiritual dangers, particularly the ones they could see were temptations for those believers?

I don’t know about you, but I need to take a lesson from the blue jay and bravely (and humbly, unlike the jay) warn those in my life of spiritual danger I can clearly see.

0 thoughts on “Do You Have the Bravery of a Blue Jay?”