One day, God instructed Jeremiah to head down to the potter’s house. He knew we humans understand the divine just a bit better when we have a metaphor, an image at which to gaze.

While there, Jeremiah watched as the potter made something on his wheel and afterwards found it was shachath in the potter’s hand. This Hebrew word means “to be marred, spoiled, corrupted, corrupt, injured, ruined” (Strong’s). Have you ever felt that any of these words described you?

What did the potter do with this creation of His? Did he toss it on the refuse pile? No, he remade it as he pleased to remake it. 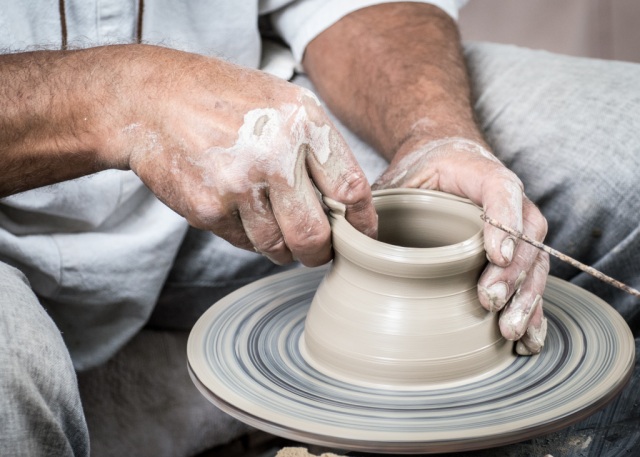 As one of God’s pieces of pottery, if I had the choice, I might choose to be a vessel for something sweet, a carrier of something that delights.

Maybe I would choose to be a bearer of life and healing for others.

Of course, it would be comfortable to choose to be part of a set, doing my job alongside others like me.

No matter what I would choose, even if I weren’t given a choice, I know I would want to be whole–unbroken and beautiful–an honor to the Potter.

However, I’ve lived in this world long enough to know I am not whole. On my own, I am not perfect, without chips or cracks. I am probably more like this, barely held together by my own wrapped black cord of works, not able to hold much of value.

But God…the two words that forever bring hope…But God takes me, the cracked, broken piece of pottery that could have been thrown out, and remakes me as He pleases to remake me.

If it were up to me, I would have God make me and my fellow broken pots completely new, perfect and complete again.

God has something else in mind.

Japanese potters from as far back as the late 15th century decided to try something new with the broken pieces of pottery they had. The legend has it that wealthy shogun Ashikaga Yoshimitsu accidentally broke a tea bowl he loved. He sent it to be repaired, but he wasn’t pleased with the results–it had been repaired with unsightly staples. Therefore, Japanese artisans set about to find a more beautiful way to repair his broken pottery.

Whether it came about in this way or not, a pottery reparation method that began being used in Japan around this time period, although doing away with obvious metal staples, did not rely on the idea commonly used today of making the damage disappear as much as possible. Instead, the idea was to beautify the very signs of damage, to make the cracks and chips stand out in a new and stunning way. Instead of erasing the flaws, it acknowledged and highlighted them. It made beauty out of the broken. This method became known as kintsugi, a term that means, “golden rejoining” (Stewart). 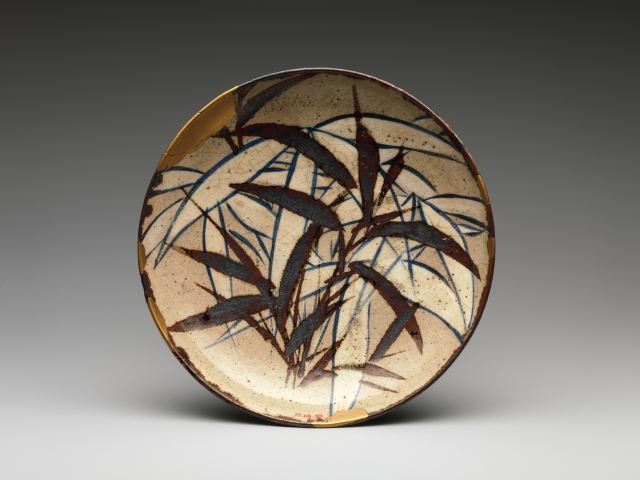 The artist uses a gold-dusted epoxy to adhere the pieces back together, sometimes replacing large chips entirely with the lacquer. At other times, missing pieces are replaced with striking fragments of other pieces of pottery, creating a new, unique blend.

My Potter is putting my broken pieces back together in a way that is more beautiful than before, too. The places where I’ve been cracked are being fortified with gold. He uses my broken places to bring beauty into the world when I let Him form me as He pleases.

This process is not always easy, and before completion, it’s not pretty.

I may feel like I have heavy weights upon me as I wait for my transformation.

But in the end, it will be worth it, and I will be renewed.

35 thoughts on “God Makes Beauty out of our Broken Places”